What are National Committees on Trade Facilitation (NCTFs)? 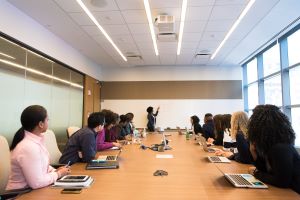 National Committees on Trade Facilitation (NCTFs), also sometimes referred to as National Trade Facilitation Committees (NTFCs), are government bodies or mechanisms tasked with the responsibility to facilitate both domestic coordination and implementation of the provisions included in the World Trade Organization (WTO)’s Trade Facilitation Agreement (TFA). The TFA entered into force on February 2017. Since then, the agreement has been representing a framework for WTO members to facilitate the movement, release and clearance of goods, including goods in transit. TFA’s article 23.2 frames the overall mandate of NCTFs.

What are the key objectives of NCTFs?

While the overall mandate of NCTFs has been framed under TFA’s article 23.2, these committees have been existent across countries to oversee the implementation of trade facilitation reforms enacted since the 1960s. NCTFs across TFA parties share the function of coordinating stakeholders playing a role in implementing the TFA provisions. However, their scope and frequency of work may differ according to political, management and leadership conditions in which they operate. Some of the activities reported by NCTFs include: advising government and making recommendations; collecting and disseminating information on trade facilitation and awareness raising; monitoring technical assistance projects and programmes; negotiating, promoting and monitoring new trade facilitation agreements; and organizing training sessions and capacity building among others.

Why do NTFCs matter for MSMEs?

The World Customs Organization (WCO)’s Guidance for National Committees on Trade Facilitation stresses that including micro-, small- and medium-sized enterprises (MSMEs) among the committee stakeholders is part of the preconditions for implementing a successful and effective NCTF. As many of the TFA provisions affect the ability of MSMEs to benefit from simplified trade, transit and customs procedures, enabling MSMEs to have representation in NCTFs is vital for ensuring a full compliance with TFA’s article 23.2 and other related articles, such as article 2. The latter emphasizes that all stakeholders affected by customs concerns should be consulted for trade regulatory developments.

What can policymakers do?

MSMEs lag behind larger firms in skills, knowledge and access to information, resources and contact to have their voice heard and participate in trade-related policymaking processes. Policymakers can play a role in making the case and creating space for MSMEs to channel their trade-related concerns through NCTFs. The International Trade Centre (ITC)’s Toolkit for Policymakers for Supporting SMEs through Trade Facilitation Reforms outlines key actions policymakers can take to support MSME inclusion in NCTFs including: Developing a communications plan for NCTFs to consult with MSMEs well before trade-related policies and procedures are developed or changed; assessing SME needs and concerns through various information channels; ensuring MSME participation in consultations and feedback; and reviewing MSME impacts of trade policies and procedures.

Where can policymakers access good practices or national examples?